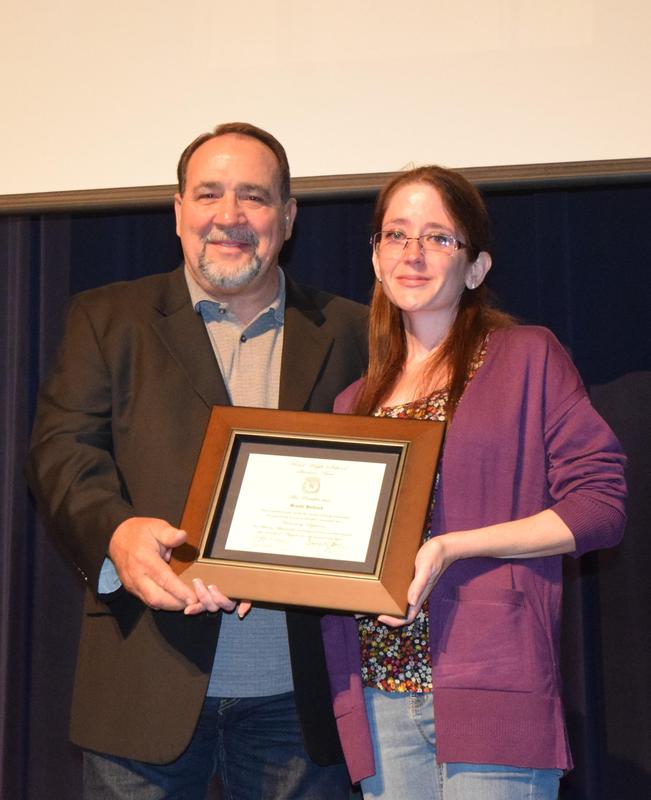 Sometimes, out of nowhere, the stars align just right, and something magical happens many years later as a result of a tragic story planted in despair and poverty. The story began many years ago in the early 1990s when a young mother, Carey Mae Parker, went missing in the deep part of southern Hunt County. Carey Mae Parker has never been found, and her story went mostly untold until one day her family started searching. Eventually, a podcast was created. This podcast series called, Buried, can be heard by clicking on the following link: https://www.ketr.org/programs/buried.

This story is not so much about Carey Mae Parker, but about her middle daughter, Brandy Hathcock. Brandy Hathcock grew up in the Quinlan Independent School District system. As the QISD School Board President, Kenny Stone, began listening to the podcast, something hard pulled at his heartstrings. “I kept thinking about the kids. I kept thinking about how the children were my children’s ages or very close to it. These kids grew up with my kids going to the same school. I am the school board president, and I had so many questions. Did we as a school ever do anything to help these children? What did they endure while going to school? They lived in severe poverty. How did they survive? Where did they end up? Did any of our teachers or staff members make them feel loved and worthy? What can we do in Quinlan ISD to better help our children who come from severe poverty? I felt compelled to reach out to the Podcast journalist, George Hale. He helped connect me to Brandy,” Stone said.

Over the next several months, Mr. Stone and Mrs. Brandy Hathcock corresponded and had many phone conversations. Brandy relayed her story of growing up from her perspective in Quinlan schools. She shared the very loving and very touching moments of teachers, she shared the very ugly things that happened that impacted her life drastically, and she shared the truth in raw form. “We cried together many times in our conversations. So many discussions transpired, and one day, I asked Brandy if she would ever consider coming and speaking to our staff members, all 400 or more of them. I did not want to push her or make her do or say anything that she was against saying. Eventually, she said yes. Through all of our conversations, she never once blamed Quinlan schools. She places blame on lack of parental support and parental abandonment. That fact also resonated in me,” he said.

Mr. Stone will tell you about a young girl he found to be one of the most admirable, strong, and smartest people he has ever met. He learned about a young lady that had straight A’s through elementary school and teachers that encouraged her and made her feel worthy. Mr. Stone discovered of those grades drastically falling overnight, and no one appeared to notice from the school in Brandy’s perspective. He learned that she dreamed of becoming a teacher until the realities of life caused her to have to work to survive. She dropped out of school, barely into high school to find ways to survive. She obtained her GED the year before she would have graduated with her class. Today, Brandy is a happy wife, mother, sister, and more. Mr. Stone learned about how her son is one of the smartest kids qualifying for one of the most elite programs for intelligence in America. He learned she now has a good career, and she overcame the horror of her growing up years. She and her siblings survived, and are all doing good. He felt comfort in talking to her.

As a premise to this article, poverty in rural areas like some parts of the southern portion of Hunt County is not comparable to poverty in the city. Transportation is not readily available. Other than school buses, there are no public bus stops at every corner. Resources and jobs are not readily accessible. Centers like the YMCA or Boys and Girls Club are not in the area. Some areas where poverty is the highest are miles and miles from the closest convenient store. Roads are not maintained, and housing in many of these areas are destitute. Many have referred to the most severely deficient areas as third-world. Access to the Internet is almost non-existent in many neighborhoods. In these areas are high crime, unemployment, and dropout rates. The number of families who are extremely poor and fall victim to severe drug and alcohol abuse is large. In Mr. Stone’s words, “How can we reach more of these kids? What is the magic formula for getting more kids to the help and resources they need?”

Mr. Stone has been a driving force behind the district on several initiatives. He had a dream for students from Quinlan from every background to be able to go to college and step their feet on a college campus. “I knew if we could get them out of Quinlan and if they experienced success going to college, that more of our kids would know and feel like they were worthy and college material,” he said. Years ago, QISD partnered with Paris Junior College transporting students every day to the Greenville campus. This past year, 104 students successfully have received an associate degree for free before graduating from Ford High School. We include this in this story because it shows where Mr. Stone’s heart has been continual as our school board president. He has always led the district with the premise of, “Our children come first and are our number one priority.”

In raw form, Mr. Stone introduced Brandy Hathcock to the district. In his words, I didn’t know for sure if she would do it, or if she would back out at the last minute. It takes incredible courage and vulnerability to tell a story like hers. “She would be putting it all out there, and I know that our staff members from our bus drivers to our teachers to our counselors and more, that her words would make an impact. It is so hard to have compassion and empathy when you cannot relate to where some children are coming from in their lives. I felt like our staff had to hear it, all of it. They needed to hear the good and the bad. They needed to hear how they could change their perspective in dealing with some children that come from an impoverished upbringing.”

Brandy Hathcock delivered one of the most powerful messages to QISD staff members in the district’s history. She bravely stood up in front of a large group of people and advocated for children of poverty. “Make them feel like they are seen, have compassion, have empathy, and if you truly care about them and their well-being, those kids will automatically know it,” she said.

Some of the teachers she felt most supported were Mrs. Jackson in Kindergarten, Mrs. Carr in 5th grade, and she mentioned a few others. Mrs. Welch, her FHS principal when she dropped-out followed her outside of the doors of Ford HS to express to her to never give up and to get her GED if she never did anything else. She said it was simple. Mrs. Welch did not have to do that, and Brandy remembered that moment so vividly that she earned her GED one year before she would have graduated with her original class. She talked about school being her haven. Brandy mentioned how school was never hard for her, and learning came easy. She knew she would get fed in school, and that was a motivation for her to go to school every day. She notably had perfect attendance in several grades. She spoke of how she wasn’t a trouble maker. As the tragedies escalated at home, and drugs became a part of her daily life, her grades fell. Then one day, she felt like she just disappeared to her teachers and classmates. Ultimately, circumstances at home were the reason Brandy dropped out.

After being able to hear a needle drop during her address to the district and a standing ovation, Quinlan ISD arranged for a surprise. By the power the state of Texas bestows on school board Presidents, Brandy Hathcock became the latest 2019 WH Ford High School graduate and received her diploma from the state of Texas, and Quinlan Independent School District presented by Superintendent Jeff Irvin and School Board President Kenny Stone.

Quinlan ISD would like to take a moment to say, thank you, and that we care about you, Brandy Hathcock. Congratulations, and thank you for coming back home to help inspire and motivate QISD staff members to be the best they can be when working with children in our care.